Trip to the Moon 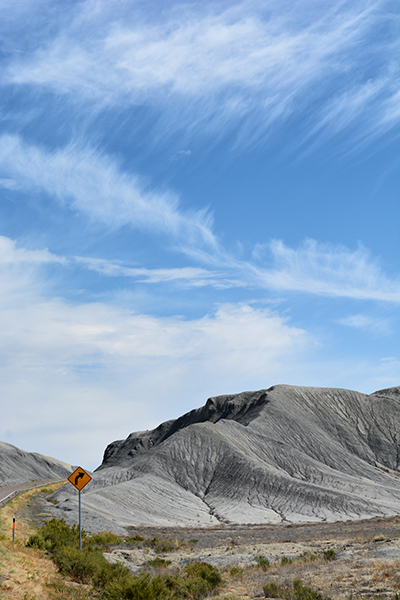 Near Luna Mesa driving Route 24 from Capitol Reef to Canyonlands National Parks. Taken on my Grand Circle trip back in August – Nevada, Utah and Arizona. It’s the photo that I am most drawn to when I look back over the hundreds from my two weeks away. Seems like a very long time ago now.

So it’s been the longest break from nopoke i’ve ever taken. Sorry about that. There’ve been many times i’ve wanted to write – those conversations I have with myself in my late-night showers – but then life gets in the way. Or I let it get in the way.

But, it’s not like a huge amount has been going on – pretty much the trip?

Then it’s work, which is stressful in some ways, and less so in others. Supportive colleagues but feel like I don’t accomplish anything as there’s too much to do and not enough time. Impostor syndrome writ large.

Hours spent watching Twitch streams of fake poh-leece, barbarians and survivors on islands filled with dinosaurs. Not even gaming that much, just absorbing and typing to people. Did try Minecraft for the first time and it was frustrating but fun *cough*nerd*cough*

Still no car. I’m getting exercise by walking, which is good, but the exhaust fumes I breathe in on my way to work perhaps less so.

Still solo. I’m very happy being captain of my own ship, doing what I want, when I want. There are odd times when I feel sad, and long for companionship, to be “seen” in that way that another recognises and celebrates the ordinary you. I miss being held. I daydream of falling asleep curled up with someone. I’ve still got an active online dating profile, but I get few visitors – last date 2015; most men appear to be looking for someone younger and more reproduction-friendly, so my “niche” appeal further dwindles.

Celebrity crushes and hugs from the hot water bottle FTW.

General anguish over final year stuff for the masters – questioning what i’m doing and whether i’m capable of – or want to – get my shit together and finish it. Needing help but as usual finding it difficult to ask for it. A constant undercurrent of anxiety. But, I can make artwork more readily now, so some progress? I’ve got work up at the moment, and there’s more upcoming.

A general sense of slight decline, personally, physically. Tired all the time. Wake up on Monday and wish it was Friday. Lots of long hot showers and sessions in bed hugging my hot water bottle because I find it comforting when i’m feeling a bit glum.

Hmm. There we go. Exciting, amirite?