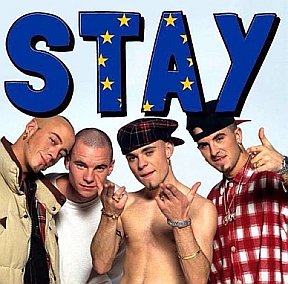 So. Not the best of days today to put it mildly courtesy of the Tory party.

Lots of glum kids today at work who were at a loss to understand why on Earth people voted to leave, along with many openly despairing staff.

I could rage on and on and on, but this comment on the Guardian article Grieve now if you must – but prepare for the great challenges ahead sums it up well; I don’t agree with the author that trying to fight against the results of the vote is the way, but it is succinct about what the vote was really about:


“‘Many of the nearly half of the British people who voted remain now feel scared and angry.’

It goes far deeper than that Owen. I’m fairly sure that in your heart you know the overt debate on Europe was largely a chimera. We haven’t ever lost sovereignty, we are better off economically in a single market, the EU has been an important stabilising force in Europe, and leaving will not tackle immigration. Almost all of the issues that have driven deeply ill informed, marginalised working class people to vote “leave” have little to do with Europe and everything to do with a 35 year right wing project to dismantle the post WW2 liberal democratic settlement.

I don’t hesitate to describe the main political players in the leave campaign as “extreme right”. more importantly I have no doubt their prime motivation for leaving is to pave the way to a neo-liberal capitalist, UK, modelled on the wildest wet dream ambitions of US style libertarian capitalism. The US right has long complained that Europe is “too liberal”, code for: “we want all cash flows in public services as investment vehicles for the vast amount of capital we’ve stolen from the world at large”. Strip the UK of EU rules that uphold the European liberal democratic consensus and see how much worse things will get for working class outers, and all the rest of us too.

Almost all the ills the working classes are experiencing spring from Thatcher’s neo-liberal capitalist project. Globalisation has exported their jobs to low wage economies, ideological austerity has stripped quality of life to the bone, especially in the north. Thatcher’s project tacitly recognises that consumerist growth based capitalism has run its course and in many way the agenda of the very rich has been to asset strip their own countries in order to consolidate their own relative wealth as insulation against the inevitable catastrophic crash. Deflecting the blame for the consequences of these policies on to the EU is well executed distraction…

…sheer genius to to use the same trick to shoe horn in a far right wing Tory administration led by Johnson. Working class people have been duped – again.

I agree that some remainers have been arrogant – but it is difficult for anyone with a decent grasp of the issues surrounding Europe to not feel a degree of frustration. Watching a large group of people who’ve been crapped on for decades being duped into voting for something that almost entirely in the interests of the people doing the crapping is not easy, especially when they are “your people”, and, that for many, the prime motivater is anger directed at immigrants who are in exactly the same boat as they are.

Then there’s the position of millions of individuals who committed their future to a life in other EU countries, (I’ve always been too poor to own a house in the UK but we bought a ruin in France and rebuilt it – its everything we own – it’s probably worthless right now) – who knows what’s going to happen to them? One thing is for sure – most will have woken up with gut churning anxiety this morning.

You are right -Cameron is culpable, he took a course that’s putting the UK and Europe in real danger. If he has any decency he will acknowledge this farce of a referendum is not legally binding and do everything in his power to prevent Article 50 from being invoked, Corbyn must do the same.

I’m not angry with the working class revolt because it’s not any such thing – this is a right wing coup – the window the working classes had on the issues has been owned by the right for 30 years. Their fury and resentment is justified – but it’s directed in the wrong places. On the other hand, I’m more than afraid, I’m sick with anxiety and slightly terrified.

This is a nightmare. We’re already seeing the “it’s our turn next” comments from Marine Le Pen. This is a moment when the left need to turn around and fight. Populist votes are the tools of demagogues, referenda are deeply anti democratic. We have to fight to not allow uninformed choices to be empowered by informed choices – you are pinning your hopes on left wing victories in Europe – I’m pinning mine on fighting to resist Brexit with every fibre of my being”

One Response to BREXIT